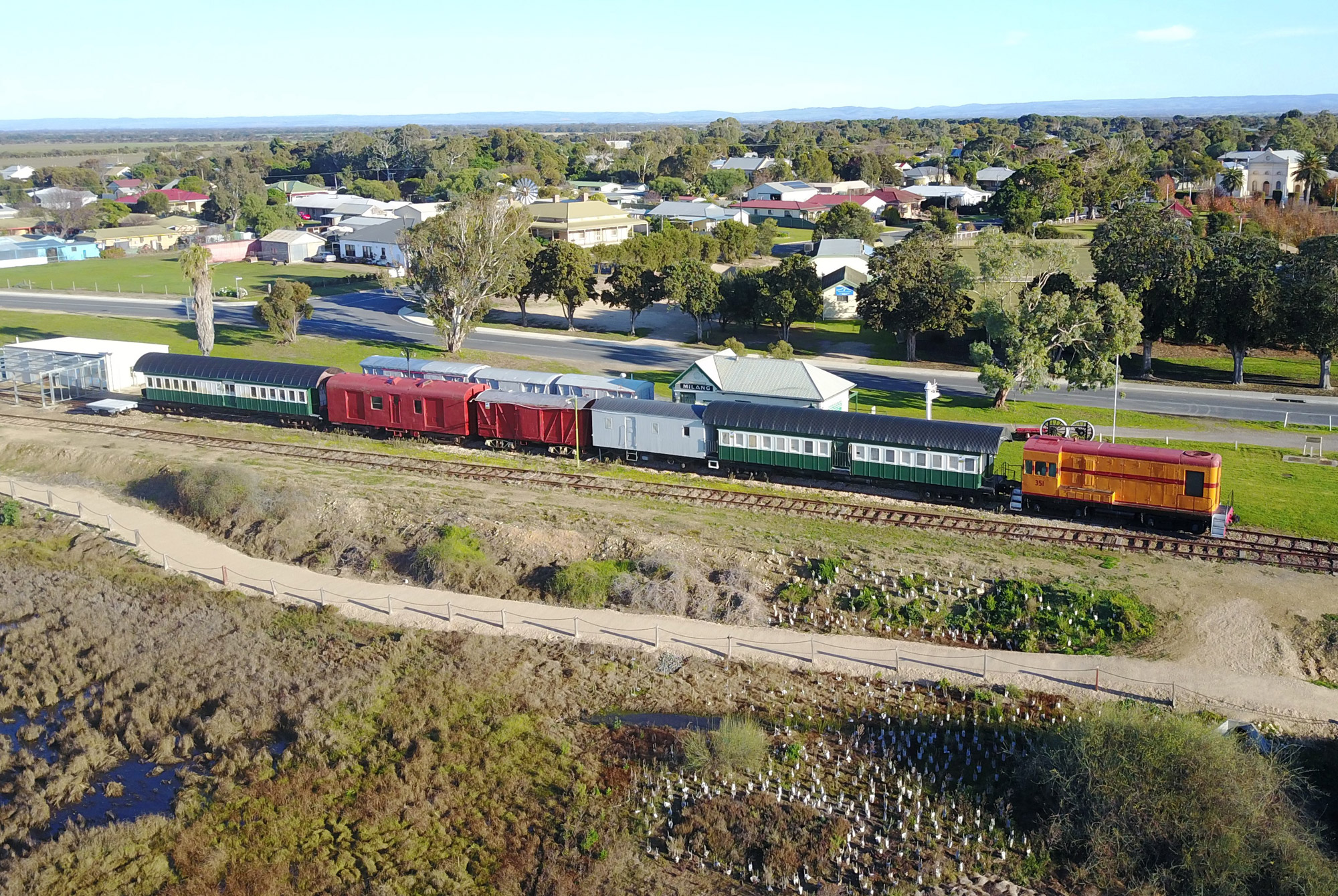 The station was built in 1884 to serve the new railway to Strathalbyn, Mount Barker and Adelaide. The building is original but has not been here all that time. When the railway closed in 1970, the building was sold to a local farmer and it sat in a paddock for 20 years. When the museum opened the building was returned on a truck and was installed on a new platform. It has been repainted in its original external colours.

You enter into the parcels office. The doors used to be left unlocked for local residents to pick up their parcels when convenient. If you wish to know your weight in hundred weights, stones and pounds then the weighing machine is available for your use.

Adjacent is the stationmaster’s office where you can press a button to ask questions and can try a railway lamps puzzle. In the 60s there were only six trains a week so the stationmaster was by no means busy and looks deathly bored. You will also see a very interesting poster on the southern wall.

The third room is the ticket office where there is a model of the station as it was in the 1930s which shows Nuggett the horse pulling a wagon up from the jetty. The western wall is where tickets were sold and you will see a large selection in the racks. You can try opening the 1892 security cash drawer using the instructions below the ticket window.

West of the ticket office there used to be a waiting room and ladies’ toilet but these are now gone although the original long drop toilet is preserved in the explosives van (where else?).